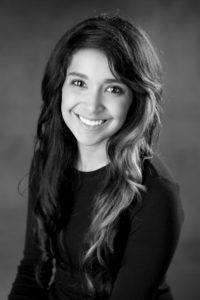 Angelyn began dancing at the age of three at a small family owned studio where she learned the basics of tap, jazz, and ballet. She then began training under Matthew Bridwell, and other prestigious teachers at the Dance and Performing Arts Academy of Tulsa where she was trained in ballet, pointe and other various styles of dance including modern, tap, jazz, character, musical theatre, and hip-hop. During the summers growing up Angelyn attended several ballet intensives including Coppell Texas, Summer Wind at Oklahoma University, Pointe to the Future at Tulsa Ballet, and American Ballet Theatre in NYC. She has taken various Master Classes from Wendy Whelan, Jodi Youmans, and Michelle Ramos. Angelyn performed principal roles in the Children’s Nutcracker such as Dew Drop, Snow Queen and Sugar Plum. She also has been in various performances with Tulsa’s Portico Dance Theatre. Angelyn graduated from Oral Roberts University with a Dance Performance and Exercise Science degree. While at ORU Angelyn was asked to represent ORU at the American College Dance Association conference at Southeast Missouri State University where she performed a solo choreographic work that was judged before a live audience. Angelyn believes every child deserves the chance to dance. As a dance teacher she aim’s to mold a hardworking and disciplined student who is passionate about the art form of dance and strives to integrate the art form in other aspects of their lives.